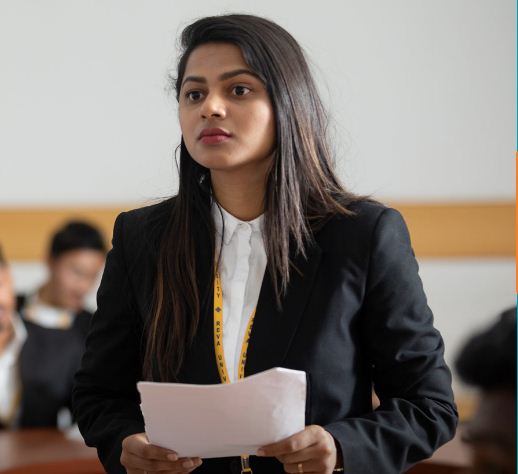 It is no surprise that the contemporary Indian education system, by default, presents a large number of highly stressful stages in the academic journey of almost every student, be it a brainy or an average one. The Higher Secondary Examination is considered to be among the most intense ones. It is because, after their 10+2 examinations, students have to choose the direction of their future life. It is very difficult to describe this dilemma in words.

For some, there are a large number of options to choose from but for others, the options are very much limited because of their choice of subjects at the 10+2 level and different other reasons. Either way, nobody can deny the possibility of stress on young minds. Under this harrowing scenario, this blog explores law as one of the best routes to light up not only their academic journey but also their professional life. It will also shed light on law course eligibility, the best law course, and the best way to study law.

Law: the best route to take up a brighter academic journey

A degree in law offered by the best law university in Karnataka can be the best route to take up a brighter journey in academic life. It is because competent lawyers have always been in high demand nationwide to carry out a large number of roles and responsibilities. Due to the fast-changing socio-economic scenario in the country, the changing regulatory roles of law professionals have also triggered the demand for competent lawyers not only in private firms but also in the government sector.

Apart from being financially lucrative, law as a career is also full of immense adventure, excitement, and glamor. Renowned lawyers in India are always treated as celebrities. And, as far as social value and prestige are concerned, lawyers always enjoy a large number of privileges in society because when everything fails, they come into play.

This blog discusses some of the best career options when an aspirant earns a degree from one of the best law colleges in Karnataka or any other state of the country:

This however happens when any law aspirant after obtaining a degree from one of the best law colleges in Karnataka or any other place in the country works under the guidance and discipleship of any senior and famous lawyer. The earnings at the initial level are generally moderate but with experience and refinement in skills, they can grow substantially well.

Corporate counseling is one of the fastest-growing streams in the field of law and it has immensely grown in the past 15 years. A corporate counsel is a legal professional who earns a degree in law from one of the best law colleges in Karnataka and represents the company he works for in the courts of law. Corporate counsels are often part of a company’s in-house legal team but many also perform their duties as part-timers.

Apart from the above, there are dedicated legal firms that take care of the legal affairs of corporate houses and hire fresh law graduates as part of their team. As far as work areas of the corporate counsels are concerned, they are responsible for negotiating different types of contracts for facilitating mergers as well as ensuring compliance with certain rules and regulations made mandatory by the government for the corporate houses.

Working in the judiciary is always one of the top choices of most law graduates. Working in the judiciary as a civil servant in various government sectors is considered to be the safest job option because it provides a stable government job for life. The journey of a judge starts with successfully passing a state-level judicial services examination that is conducted by the concerned state government every year. An aspirant has full freedom to sit for the judicial services examination of any state across the country to increase the chances of his or her success.

A judicial clerkship is where a law graduate after earning a degree in law from one of the best law colleges in Karnataka or any other state of the country makes meaningful use of his or her research skills by working under a learned judge in different courts. The nature of this job is often contractual and the position can be claimed right from the Session Courts to the Supreme Court of India.

Another lucrative, as well as a respected job option for any law postgraduate, lies in academia. By taking up the noblest profession of teaching, a law professional can give back a lot to society. However, one needs to earn a postgraduate degree and beyond in law to claim a position as a law teacher in a reputed college, university, or any other such institution.  Earning a Master in Law (LL.M.) degree can add to your profile a specialized status.

One can strengthen one’s position as a law professor more when the Master in Law (LL.M.) is earned from abroad. An LL.M. degree when pursued from abroad lays emphasis majorly on the following:

With the above specializations, candidates can place themselves in a unique position to even choose the country where they want to carry on their practice with permanent citizenship.

REVA is the best law university in Karnataka offering a wide range of undergraduate and postgraduate law courses. Recognized as one of the Top 50 private universities in India, REVA University has been successful in benchmarking new milestones in contemporary education. The University scores heavily over everything including innovative pedagogy, exemplary infrastructure, and an industry-resilient curriculum. In a very short period, the university has grown from a small community of 150 students to 15,000+ students.