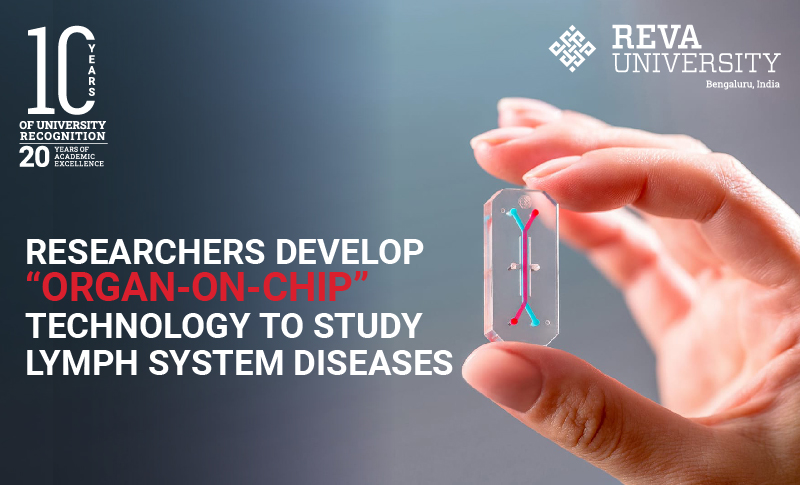 A Texas A & M University research team supported by the National Science Foundation has created a novel method for modelling problems affecting the lymph system. The novel usage of organ-on-a-chip models opens up new avenues for studying the biology of lymphatic system illnesses. The newly discovered knowledge might lead to more therapies for illnesses with few therapeutic alternatives.

To build a lymphangion chip, the researchers used organ-on-chip models of the lymph system. A lymphangion is the operational portion of a lymph channel between two semilunar valves. It is the first time that such a type of analysis has focused on the mechanics underlying lymphatic vascular disorders and prospective medicinal therapies.

To produce the novel gadget, the researchers devised a method for creating microfluidic cylindrical blood or lymphatic tubes made of endothelial cells that line blood arteries. This very same process was utilised in the lab to construct a synthetic counterpart of a lymphatic vessel’s functional unit, the co-cultured multicellular lymphangion. Lead scientist Abhishek Jain stated, "We now have a better understanding of how mechanical forces influence lymphatic biology and pathology. We can also understand the processes that cause lymphedema, and then use this platform to uncover new targets for medication development."

He further added, "The far more fascinating feature of this discovery is that it allows us to now push the organ-on-chip in directions where discovering solutions for uncommon and orphan illnesses is conceivable with less effort and money. We can assist the pharmaceutical business in investing in this platform and finding a treatment for lymphedema, which affects millions of people."

The research in its totality explores the untapped aspects of biological science and how technology is in a rather symbiotic relationship with the natural sciences. Further development in this research may prove path-breaking for curing lymphatic diseases.